In the first of a two-part case study for UPM Plywood, South African architect André Eksteen reveals why he is so inspired by WISA-Birch. 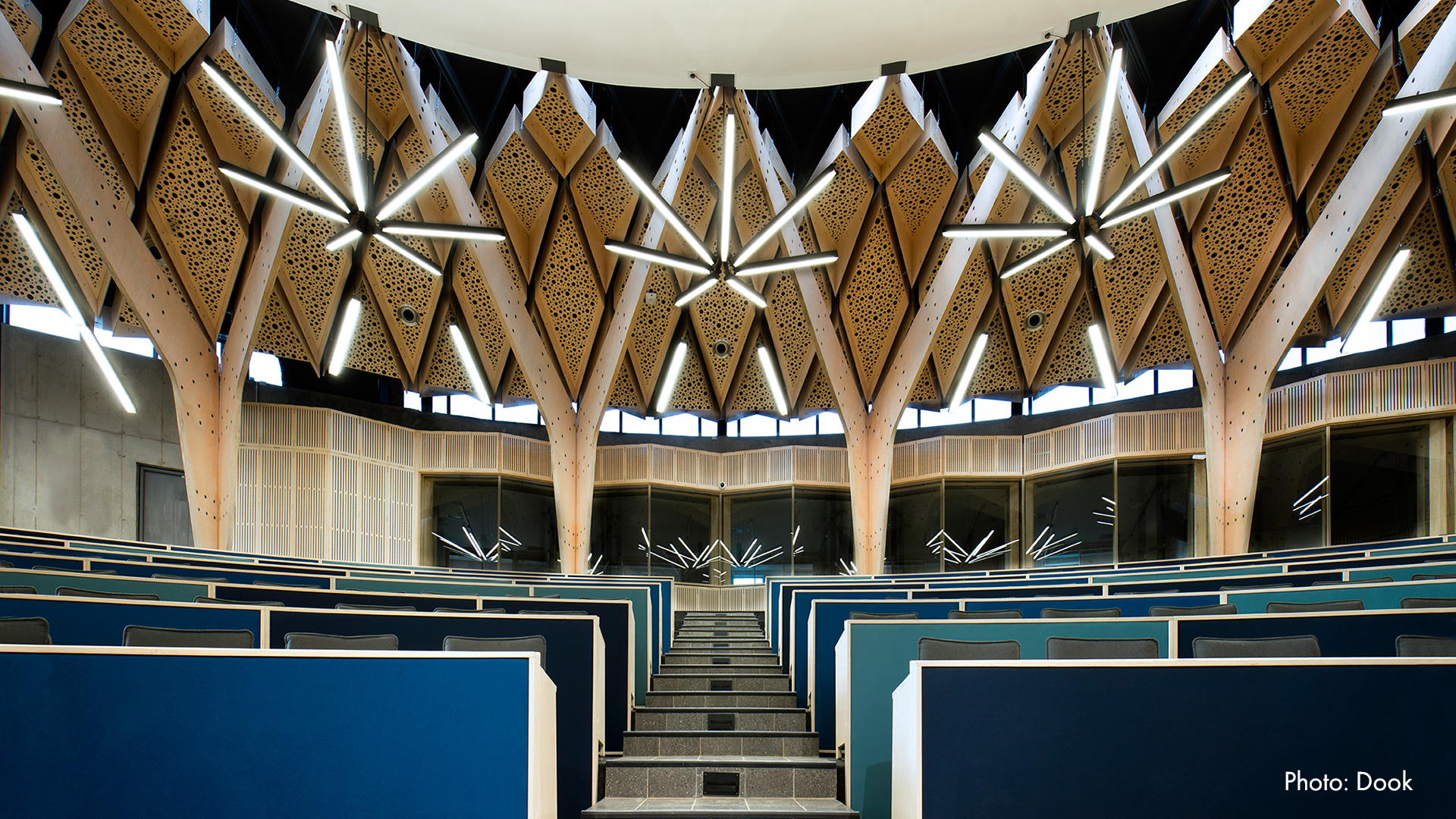 André Eksteen's brief for the Future Africa Innovation Campus in Pretoria was, to say the least, a challenge - even for a multi award-winning architect and founding partner in the Earthworld Architects a multi-disciplinary architecture practice in South Africa.

"The architecture of the campus should play an active role in shaping minds as much as it does in shaping environments."

More than that, the concept must adopt the 'Afri-Tech' approach, combining high level design processes with local resources and skills.

The brief was to design and build 280 one, two and three-bed residential units, a dining hall, a research building and a conference centre that would become the focal point on a sloping site on the northern ridge of Strubenkop in the eastern suburbs of Pretoria. The location has panoramic views over the campus and the University of Pretoria's Proefplaas, experimental farm. Staff and students have just begun using the site, dedicated to inter-disciplinary post-doctoral research. 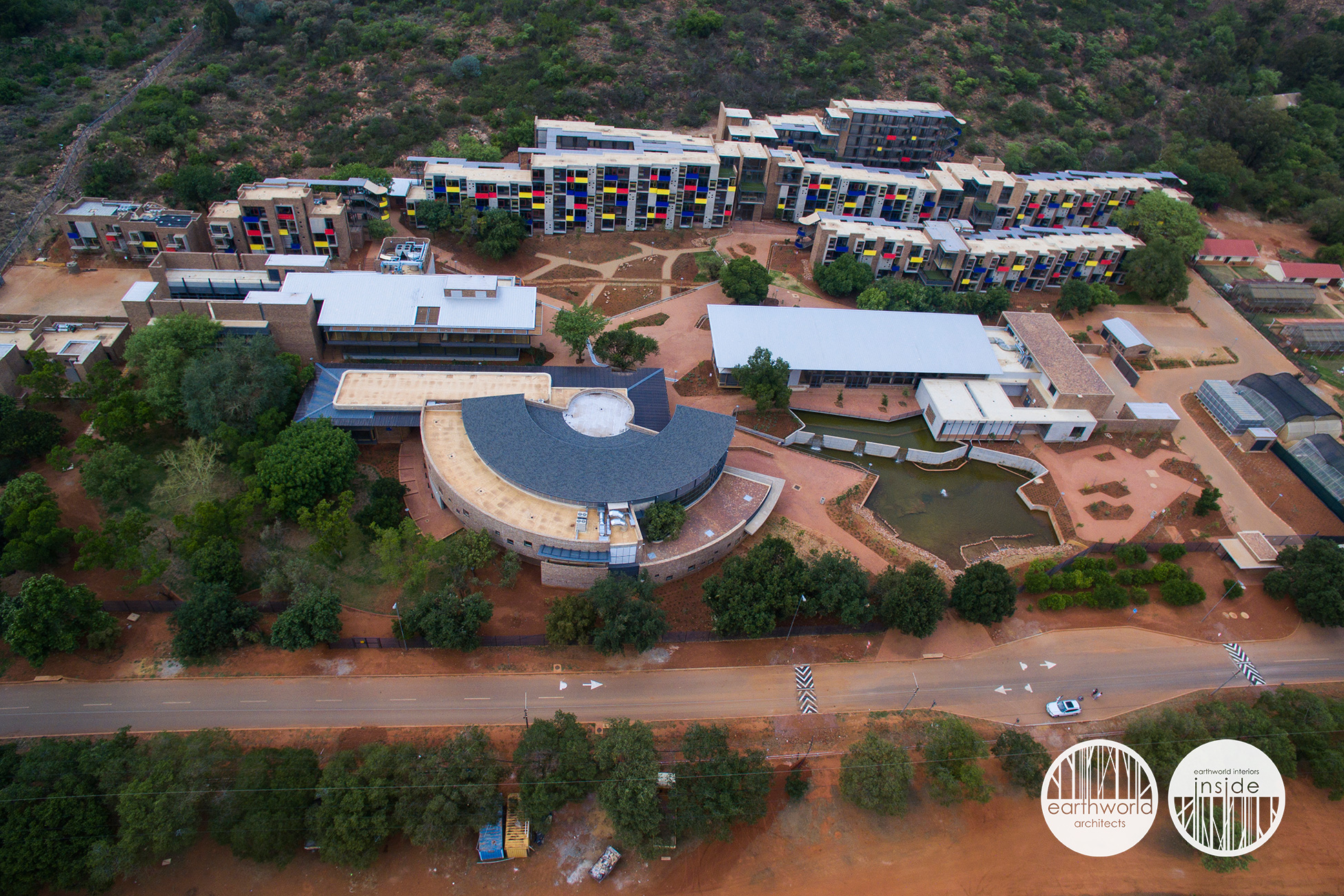 WISA-Birch plywood was used in a building frame, wall panelling, furniture, doors and ceilings. Easy to customise, it is used in all kinds of formwork throughout the world. But seldom to this extent in a construction project.

The architect was already familiar with UPM's plywood products, but even he was not entirely sure at the start if it would work the way he wanted…

"I have always found inspiration in materials, in the specific material I am using. In this instance WISA-Birch was superb, especially the dimensional stability. I have worked with wood before, mostly in furniture and shopfitting. I conceptualised how to use it structurally and the UPM guys here in South Africa told me I couldn't do what I wanted to do!" he smiles.

Buildings were designed like puzzles, to be prefabricated, brought to the site and constructed using low-skilled labour. The idea was to establish a template for other projects in future.

André explains: "We said let's employ a design approach that would stimulate the involvement of small businesses and SMEs and use technology that won't require highly qualified people. That's when we used digital manufacturing to cut and bend and drill very accurately. Then we utilised unskilled labour to assemble everything – that's where the magic comes in.

"There were small pieces one man could handle and two or three could assemble. They were all glued and bolted together. What I really liked about the plywood is that there's so little waste – though next time I would manage that even better.

"You could say importing materials creates a carbon footprint, but even with the transport, I'm convinced we still had credits because Finnish plywood comes from extremely well managed forests and their approach to forestry is extremely advanced. The strength properties of plywood are under-rated. With UPM's WISA-Birch, the glue is different, the veneer isn't too thick and the accuracy you can get with birch plywood is fantastic - more accurate than steel.

"Delivery and availability from Universal Plywood was great, they were involved from the very beginning and brilliant throughout the process. Communication, efficiency and timing were all good. The best example of the speed of construction is the conference hall. From when the material arrived to the finish, we were within nine weeks."

Despite his many years' experience Eksteen wanted to take great care with his calculations, as he explains: "Structural simulations and calculations are extremely difficult when working with composite structures so I called on a semi-retired professor from the University, Professor Wally Burdzig. His experience in timber design stretches back to the 70s when glulam was a very popular material in South Africa. We built a prototype and tested the various options before deciding on the 'puzzle' design."

André Eksteen is now extremely keen to do more with this way of working, especially with WISA-Birch and possibly other UPM products.

"This is the start of something big, I think for the whole African continent," he says. "The way the material works, it's so versatile. I am keen to do more. If you could design a kit and local people could establish little factories to cut it, they could build for themselves?" 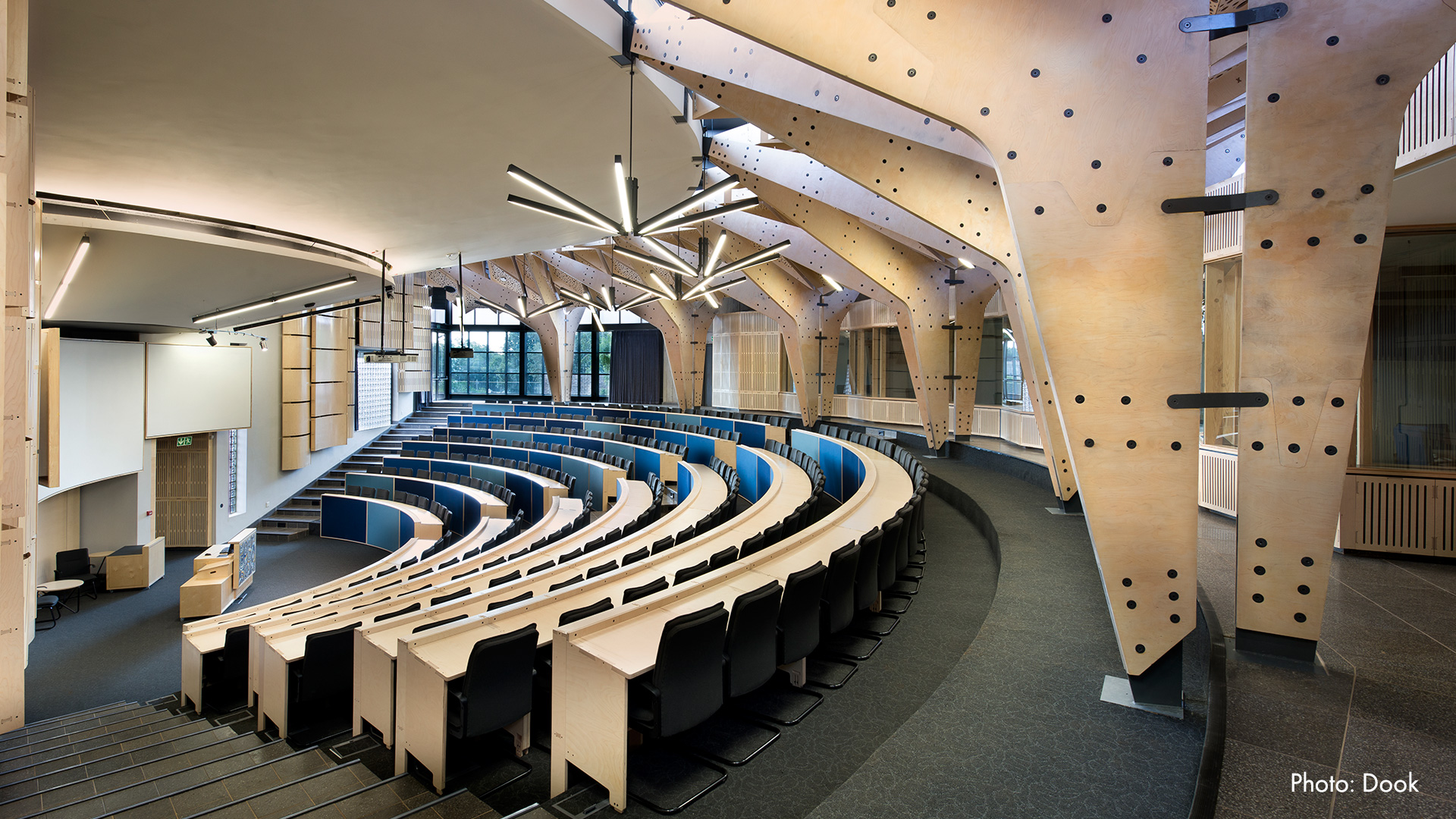 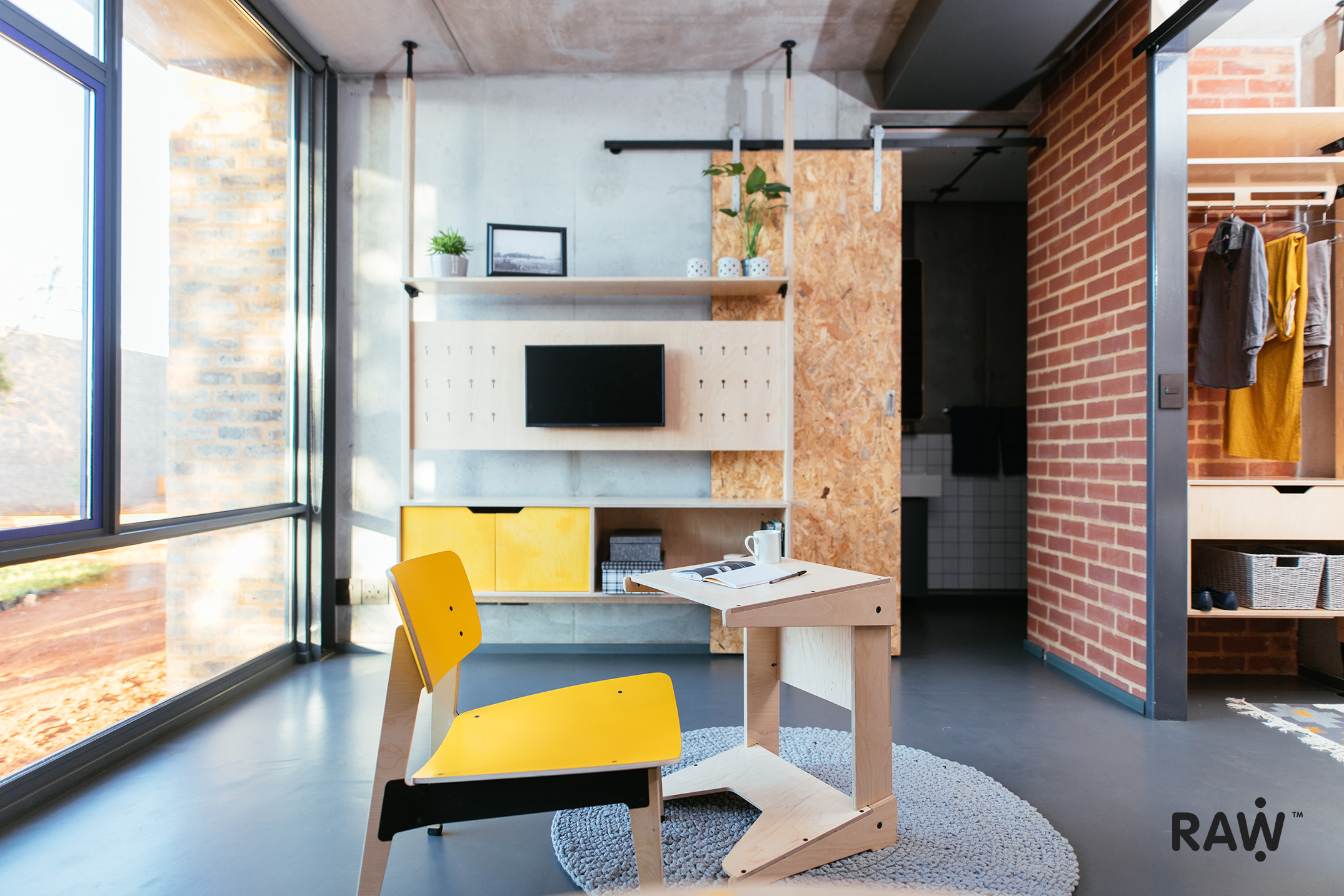 Raw Studios worked with André Eksteen on the fixed furniture in the residential units and acoustic panelling and tables for the Conference Centre
https://www.rawstudios.co.za/designing-for-projects-means-starting-from-scratch-and-giving-so-much-more-than-defined-in-the-brief-its-time-for-stilts-part-2/