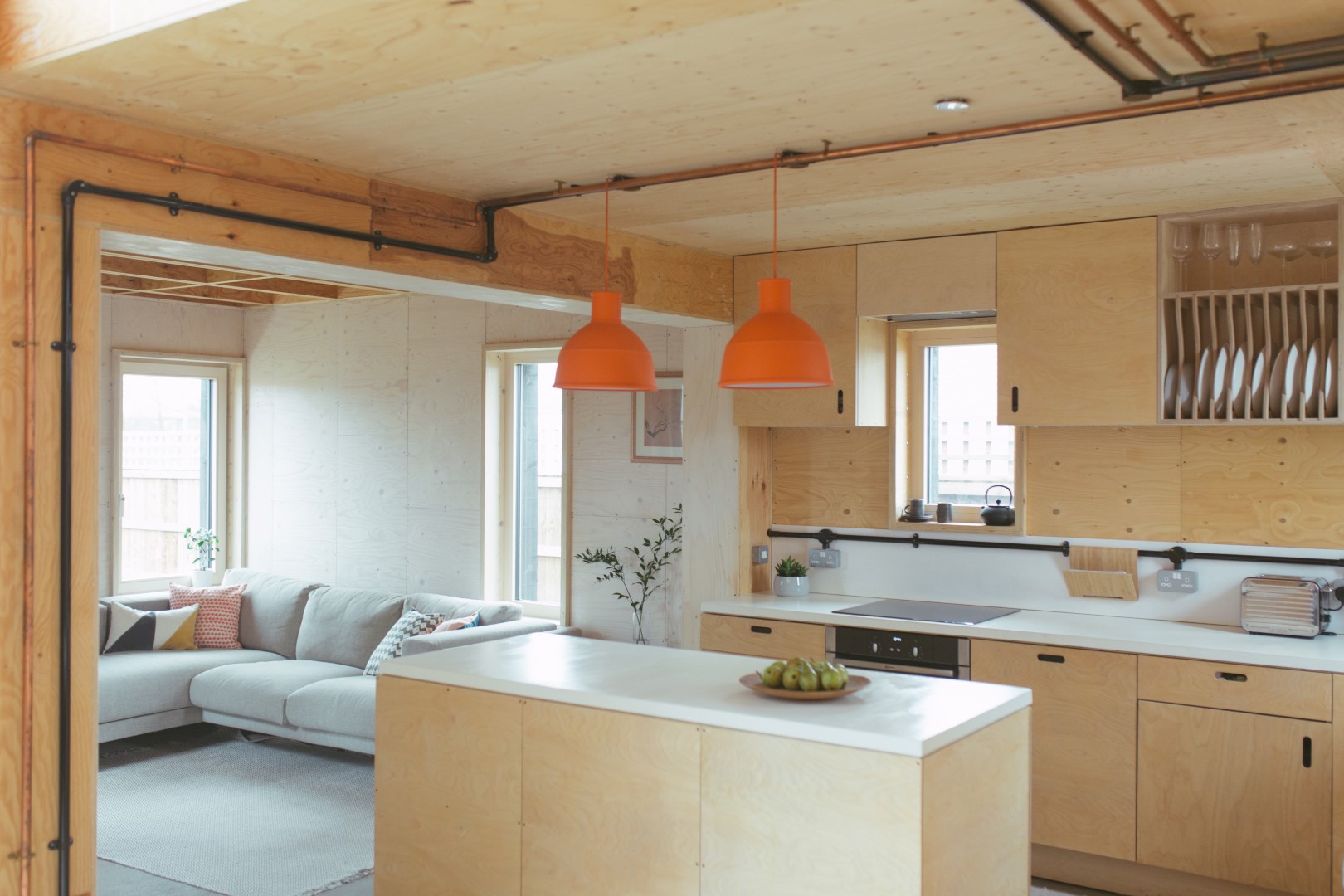 Visitors to the Grand Designs Live exhibition in London May 4-12 will learn a great deal about two UPM WISA plywood products during a unique hands-on self-build presentation.

WISA-Birch and WISA-Spruce is used by pioneering architects Studio Bark with their U-Build concept. This is an innovative system creating flat-pack timber building boxes simple enough to be used by their clients.

At the Excel show in May, and later at Birmingham's NEC October 9-13, Studio Bark will be working with an interactive presentation which lets members of the public first make and add boxes to a cutaway 'building' by the main stage. The architects are also trialling augmented reality headsets so visitors can then see a mix of reality and what the finished building would look like with their boxes in place.

U-Build has already been put to the test for its first home – the Box House, designed and built by Studio Bark for the Channel 4 television series Grand Designs: The Street. The episode featuring the Box House aired on April 25.

The architects say UPM's WISA-Birch and WISA-Spruce plywood are their 'go to' products for many reasons for this unusual building system.

Director Nick Newman explains: "We like the way it's made, the strength, aesthetics, sustainability and the accuracy we can achieve working with UPM plywoods. It is cost effective, there is a clear chain of custody and it's safe and easy to work with. The boxes are cut with minimal waste in a controlled environment off site and shipped flat, ready for building. Buildings are also demountable and moveable so you reconfigure the boxes to use again…"

But there is much more to working with sustainable plywood which Studio Bark's experts and their clients appreciate: "There are intangible benefits. If people are prepared to change the way they think about building, then instead of short term owners, they become long term custodians. A building can benefit them, their family, the environment and air quality. They feel they have done something good, designing not just for themselves, but for a generation or more."

U-Build can be used in designs for buildings of many sizes from internal living pods and garden studios to houses and bespoke community projects. Indeed the Grand Designs Live 'building' will move from London to Birmingham, then back to London to be used later to house a CNC (Computer Numerical Control) cutting machine for a GLA (Greater London Authority) funded community project creating affordable work spaces for artists. UPM plywoods are cut using CNC tools which act like a printer to make U-Build boxes, allowing a high level of accuracy with around 0.1mm tolerance.

Studio Bark have adopted WISA-Birch and WISA-Spruce in particular because of their credentials, but also their looks. The spruce plywood is lower in weight and cost, and knottier with a 'softer' look than the birch product, which has a 'calmer', attractive interior aesthetic. Both materials can also be left exposed inside walls without an additional layer of plasterboard.

Studio Bark is not just working to convince the public about environmentally sustainable building – the practice is committed to working with students who are the architects of the future. "For us, it's about taking a conceptual idea and turning it into reality, the importance of teaching ways to tackle the problems of the environment and the architectural world and bringing them together with beautiful designs," they say.

But perhaps the best intangible is something self-builders have understood for centuries – that building something yourself means you have a very special investment in the result. Studio Bark understand the value of this for individuals and the future of the planet. They call it 'sweat equity'.