54 square metres of Finnish biodiversity in the heart of London 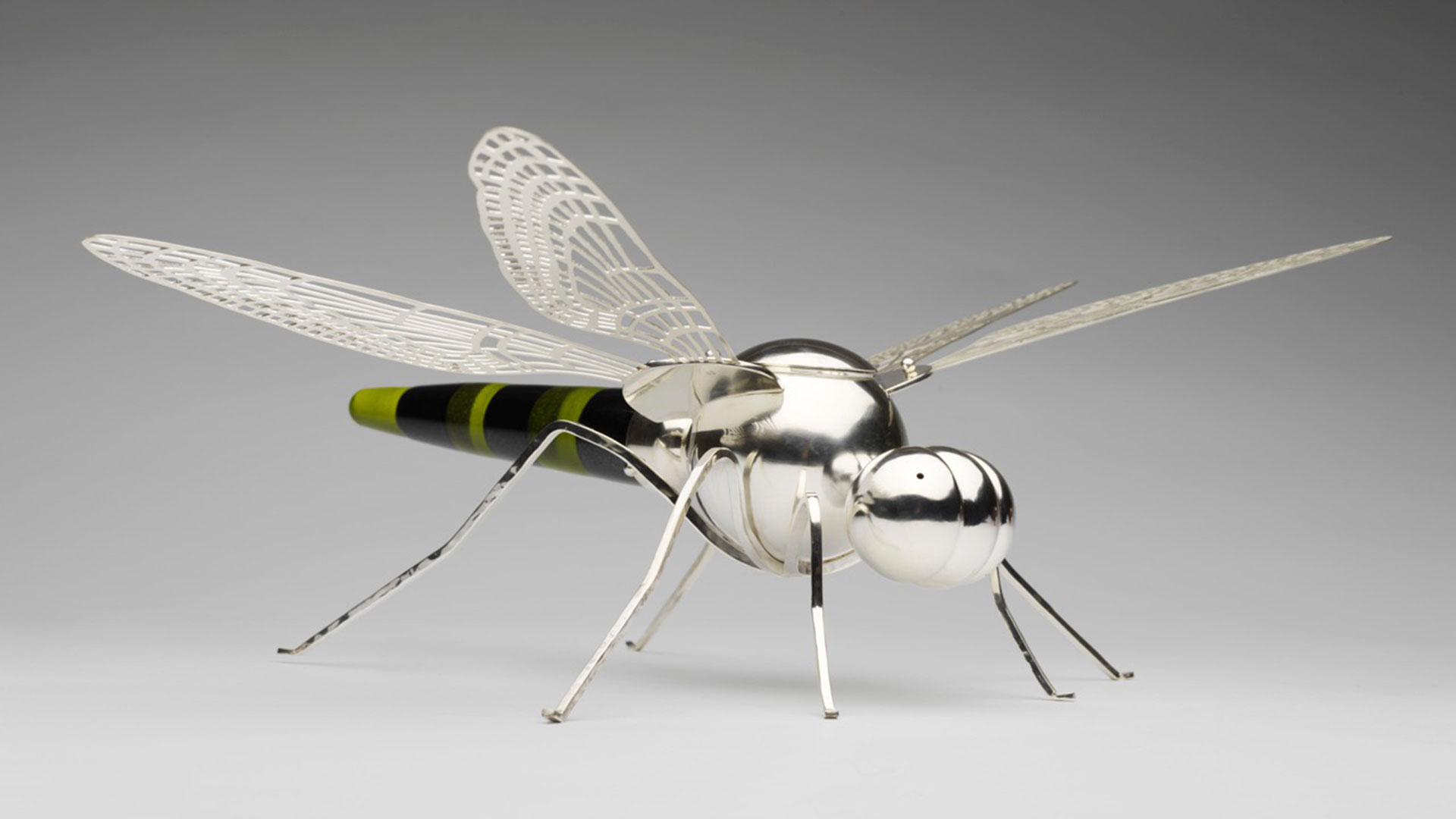 This May the most prominent gardening event in the world, the RHS Chelsea Flower Show in London, will feature a Finnish garden for the first time in its history. The garden will highlight the beauty and diversity of Finnish nature. It is designed and created by landscape designer Taina Suonio.

You walk through a little woodland with its bright green, yellow and red birch leaves. The enchanting scent of lilies of the valley floats in the air, where butterflies glide. A little further on, you smell thyme, oregano, caraway and juniper. Once you walk down red granite steps, there, a wooden Stool 60 by Alvar Aalto invites you to sit down and enjoy the quiet ambience of this Finnish garden, presenting meadows and groves, in the heart of busy London.

While standing next to a Finnish red birch tree, Betula pubescens f. rubra, a variety discovered in the 1970’s in the Oulu region, you notice silversmith Ru Runeberg’s insect sculptures among forest roses, Rosa majalis, and Festiva Maxima peonies, Paeonia lactiflora. You hear the sound of bubbling water and you wonder where it’s from, only to notice a little stream flowing down the wall. Of course! No Finnish landscape can be without a water feature: there are 187 888 lakes bigger than five acres in Finland.

Stars among coriander and meadowsweet

Nearby, curious butterflies flit towards Tapio Anttila’s birch wood KOTO Bird Feeder. In the background you notice a panorama wall – an urban silhouette painted on UPM Plywood WISA-Birch Special panel. It connects this Finnish meadow to city culture: this is an urban woodland in Helsinki. “The Roots in Finland Kyrö Garden,” created by Finnish landscape designer and environmental biologist Taina Suonio, is competing in the RHS Chelsea Flower Show, the most prestigious gardening event and competition in the world.

The event will be visited by about 157 000 people, a figure that would surely be much higher if ticket sales were not limited by the capacity of the 45 000 m² area. Who knows, the next moment Queen Elizabeth II or other royals might turn up behind those meadowsweets, Filipendula ulvaria, or dill, Anethum graveolens, to enjoy this Finnish garden with you. The Chelsea Flower Show is well known also for its audience which includes celebrities – from princesses and princes to rock’n’roll stars – and they don’t always stay in the background: this year one of the gardens is co-designed by Catherine, Her Royal Highness The Duchess of Cambridge.

Well before the event, the three varieties of “The Roots in Finland Kyrö Garden” birch trees and the almost 100 species of trees, shrubs, flowers and herbs are looked after by specialists in the greenhouses for H-hour. Will the midsummer roses, Rosa pimpinellifoli ‘Plena, bloom by the 20th of May? Will the leaves of the birch trees be just the right size and will they have that magical spring-like green hue on them? What about butterflies? Are the bellflowers, Campanula persicifolia alba, going to keep their petals for the duration of the show?

Dealing with nature means never being able to control it 100 percent. But knowledge, experience and respect, go a long way towards adapting to it. And this garden, this 54-square metre piece of Finnish nature, which draws its inspiration from Finnish cultural heritage and biodiversity, is in the best hands. Taina Suonio has about 20 years of experience in gardening. This might be the first time that she takes on the role of a main designer in the Chelsea Flower Show, but she has been part of some of Chelsea’s award-winning teams every year since 2005! Last year, she was in charge of plants in Mark Gregory’s gold winning garden, which also won the People’s Choice Award of the Chelsea Flower Show. ”I feel honoured that Mark put his trust in me, not just to lead the team, but to be in charge of bringing his design to life, what came to planting and plant composition”, says Taina.

One year of work for five days’ show and competition

The garden teams start their work immediately after the previous show is over. Garden plans are chosen by a panel of professionals in the autumn, and the teams that qualify for the show are announced in November. The submitted plans need to be highly detailed, and the teams need to stick to them religiously. Even if a finished garden were so beautiful, it wouldn’t win if it weren’t built according to the plan.

May 21st is just around the corner and Taina already has her hands deep in the earth. The team can only start the actual construction of “The Roots in Finland Kyrö Garden” at 7am on 6 May, and everything must be ready by the evening of 18 May for the first round of judging. Let’s keep our fingers crossed and hope for sunshine during the Chelsea Flower Show week to bring out the best of the wonderful colours, forms and scents, and those joyful butterflies, in this Finnish meadow garden!

The Roots in Finland Kyrö Garden